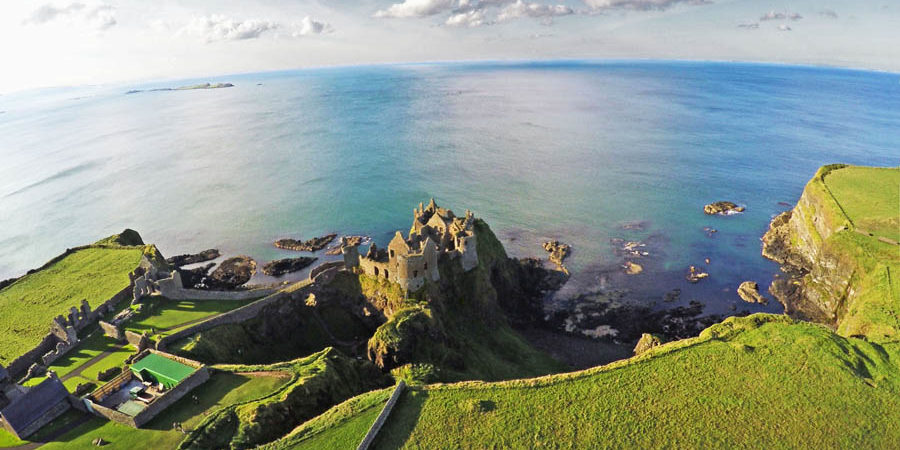 Dunluce Castle a now-ruined medieval castle in Northern Ireland, located in County Antrim
Coast and is accessible via a bridge connecting it to the mainland.
The castle is surrounded by extremely steep drops which may have been an important
factor to the early Christians and Vikings who resided in the area.

In the 13th century, Richard Óg de Burgh built the first castle at Dunluce for the McQuillan
family in 1513.
The earliest features of the castle are two large drum towers thirty foot in diameter.
The McQuillans were the Lords of Route from the late
13th century until displaced by the MacDonnell after losing large battles against them
during the middle of the 16th century. 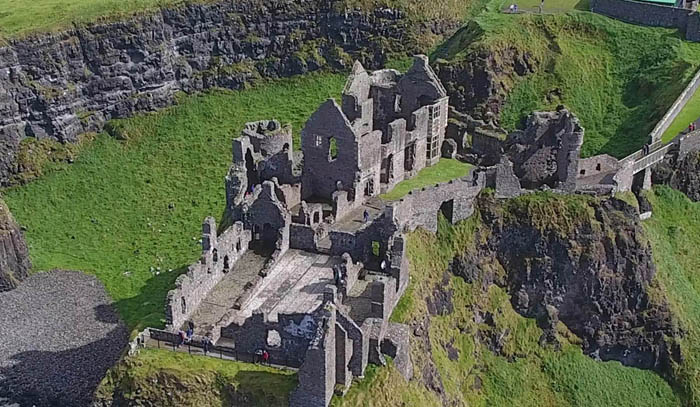 Later Dunluce Castle became the home of the chief of the Clan MacDonnell of Antrim
and the Clan MacDonald of Dunnyveg from Scotland.
The Girona, a galleass from the Spanish Armada, was wrecked in a storm on the rocks
nearby. The cannons from the ship were installed at the gatehouses and the rest of the cargo sold,
the funds being used to restore the castle.

At one time, part of the kitchen collapsed into the sea and shortly after, the wife of the
owner refused to live in the castle any longer.
Dunluce Castle served as the seat of the Earl of Antrim until the impoverishment of the
MacDonnells in 1690, after the Battle of the Boyne.
The castle has deteriorated and parts were scavenged to serve as materials for nearby
buildings. 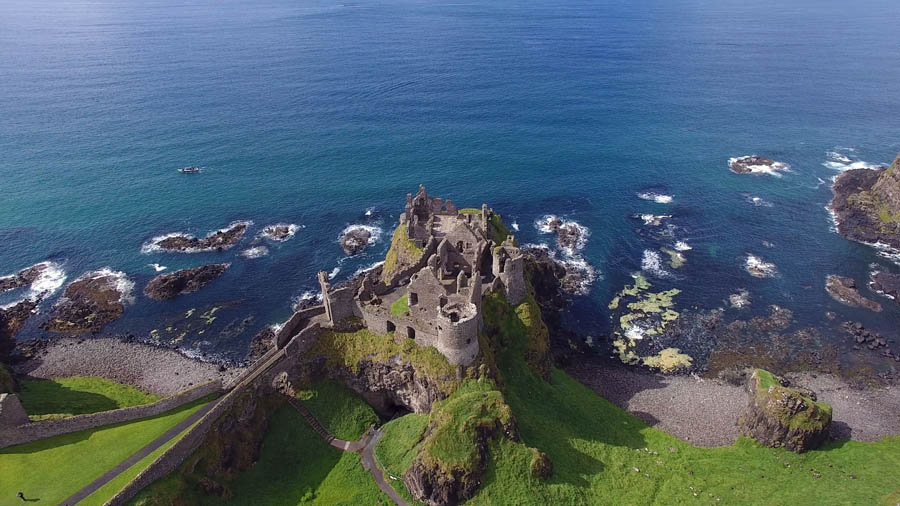 The castle is on the Coastal route to Nothern Ireland’s biggest attraction
‘The Giants Causeway’ which is globally known as
‘One of the wonders of the world’
Shutter speed Ireland are pleased to present ‘Milliken Tours Ireland’
A professional, family run tour group who will go that extra yard to make your visit fun filled and memorable. 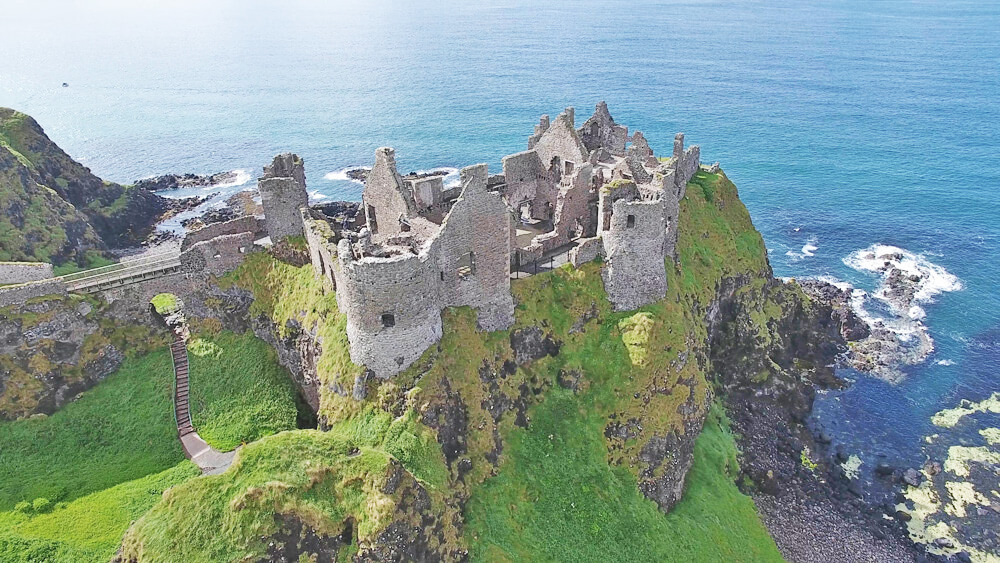