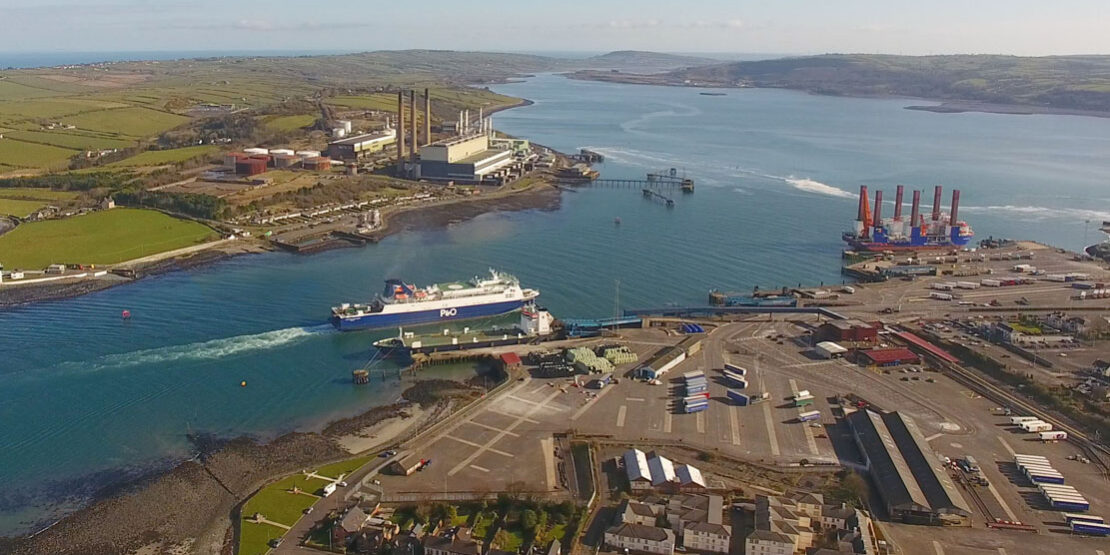 Larne Harbour is one of the most modern ferry ports in the entire United Kingdom.
It’s conveniently located just north of Belfast, making it an easily accessible way to travel by sea to nearby Scotland.

Larne Harbour and the surrounding town of Larne is the ideal place to begin exploring Northern Ireland’s beautiful countryside. You can travel to Larne by ferry from Cairnryan, day or night, offering you a hassle-free way to explore the market town’s plentiful shopping, restaurant, and leisure facilities.

The Larne Harbour port has been around since the middle ages, but constant improvements in infrastructure throughout the past two centuries have made it the amazing port it is today.
We’ve compiled a guide to Larne Harbour and explained its history. 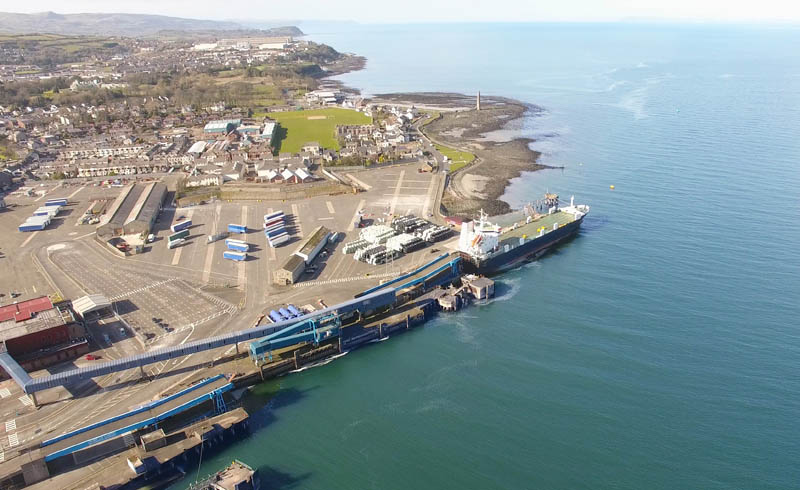 The Development of Larne Harbour

Larne is known as one of the premier deep-water ports in Ireland. But it didn’t get this reputation overnight! Improvements in modern shipping technology throughout the 19th and 20th centuries have allowed the port to become the major commercial and passenger port that it is today.

Business for Larne Harbour’s routes to Cairnryan and Stranraer were greatly helped by the closure of the Belfast to Heysham route back in 1975. This allowed more and more people to understand just how great Larne’s freight ferry services were. As they became more and more profitable, Larne Harbour was able to establish a multitude of new routes, including the popular Larne to Ardrossan route.

The people of Larne have faced major difficulties along the way – including two major wars and the more recent debate about Brexit and the Irish Sea Border – but they never stopped looking towards the future. The harbour’s operators understand the importance of tourism and have focused heavily on promoting it throughout the region. It’s safe to say their efforts have been successful. By the onset of the 21st century, Larne had become one of the busiest ports in the entire Irish Sea!

Larne Harbour’s Continental and Chaine Quays were the first in Ireland to provide double-deck ramps back in the late-1970s, which helped cater to the needs of the newest vessels being produced at the time. This allowed the port to handle many modern ships through the Larne to Stranraer route, including: 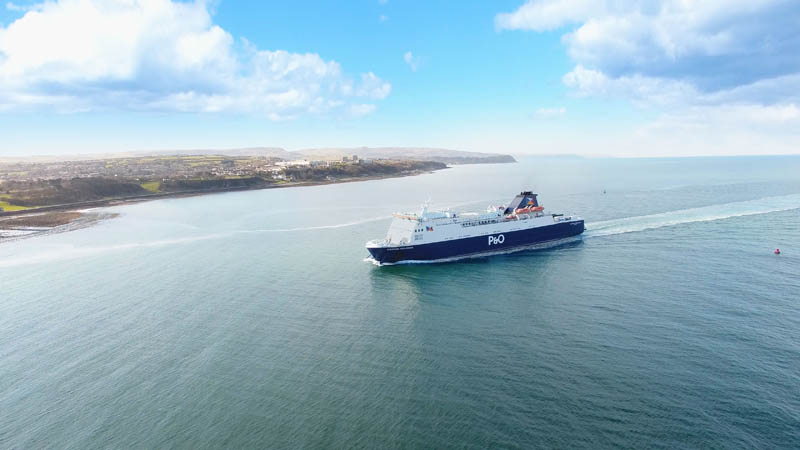 Thanks to Larne’s A8 dual carriage way, the harbour’s port provides excellent connectivity to Northern Ireland and Scotland. The port operates 24/7, so both passenger and commercial ships and ferries up to 185 meters in length can enjoy safe access to and from this gorgeous market town at any time, during any tide stage, and in almost all weather conditions.

What Does Larne Harbour Have to Offer?

Larne Harbour operates primarily as a passenger and freight port. Each year, over 300,000 freight units and 200,000 tourist vehicles, holding over 800,000 passengers, pass through Larne, securing its status as a premier Irish port.

With up to 20 arrivals and departures to and from the Scottish town of Cairnryan, Larne is a great place for passengers to visit and discover the County Antrim and local attractions, such as the famous Causeway Coastal Route. It’s also located just 25 minutes north of Belfast, making it easily accessible to all of the wonderful amenities Northern Ireland has to offer.

Passengers waiting at the port for their ferry can visit an on-site cafe, known as “The Coffee Shop,” for a hot or cold meal or snack, sweets, or some travel reading material. All the facilities at the Larne Harbour ferry port are disability accessible, and paid parking is available.

In addition to passenger ferry services, Larne Harbour also offers the fastest-crossing freight ferry to Cairnryan, Scotland in Ireland’s northern corridor! Larne Harbour is committed to keeping those who come through their port comfortable, so hauliers can take advantage of the terminal’s dedicated driver’s lounge and shower facilities in between their journeys.

The Larne to Fleetwood freight route is especially popular, as it provides hauliers with direct access to areas in Northwest England. Since 2002, there has also been a popular route that takes freight shipments from Larne to Liverpool. These freight vessels include cabin accommodations for drivers and a complimentary buffet.

Larne and the Surrounding Areas

Although Larne is home to one of the most modern ports in all of Ireland, the harbour is far from all that this town of 18,000 residents has to offer! Visitors to the area can enjoy a plethora of other amenities during their stay, including Northern Larne’s moorlands, wooded glens, and the Antrim Coast Road, one of Northern Ireland’s premier scenic tourist attractions, begins here.

While harbour services are the most prominent industry in Larne, tourism is a close second. So, as you may expect based on this information, the town is home to several: 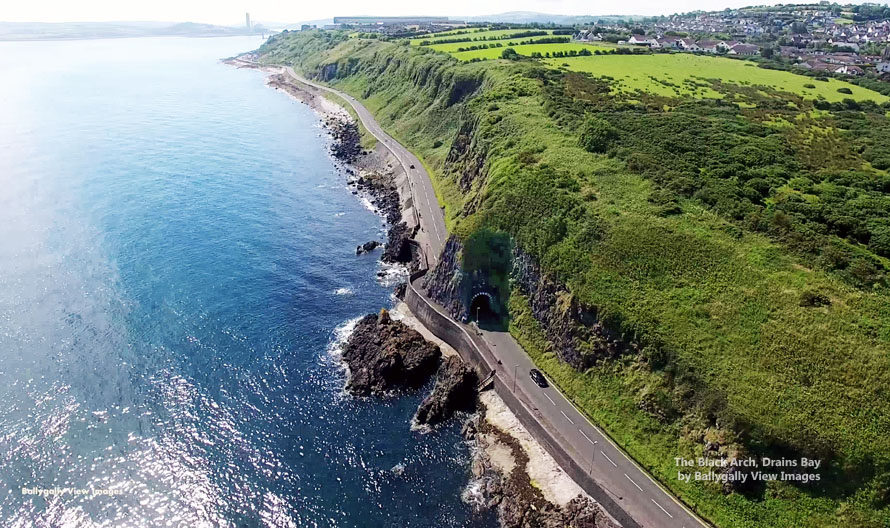 One of the biggest tourist attractions in Larne is the Larne Museum & Arts Centre, built in 1905. This cultural center is located within the historic former Carnegie Free Library, which was opened in 1906 with financial assistance from American philanthropist Andrew Carnegie.

Larne is considered to be a gateway into beautiful Northern Ireland, and this museum and arts centre works to promote this. Inside, you’ll find displays that reference history, such as:

If you’ve never visited Larne before, or if you just want to learn more about this historic coastal area, the Larne Museum & Arts Centre is a great place to begin.

As a border town between Ireland and Scotland and along the Irish Sea Border, Larne is in a unique position with the future of Brexit and the customs arrangements that come along with this transition.

Since Larne Harbour’s freight and passenger ferries provide a crucial link to Cairnryan, Scotland, it will soon become a BCP (border control post) managed by the Department for Agriculture, Environment and Rural Affairs (Daera). They will be checking imports coming into Great Britain, including:

Larne Harbour’s direct route to Cairnryan provides a crucial link for people who commute to either Northern Ireland or Scotland for work and helps to promote economic security throughout both regions.

What is the Irish Sea Border?

As of the Brexit transition which came to an end on 1st January and as the United Kingdom is no longer a part of the European Union, a new trade border between Northern Ireland and the other parts of the UK was established. In order to reduce inter-community tensions, a portion of the withdrawal agreement known as the “Northern Ireland Protocol” will create a “sea border” instead of an easily identifiable land border.

This means that Northern Ireland will remain in the European Union single market and will enforce EU customs rules at all its ports, including Larne Harbour. While goods arriving at Larne Harbour from Great Britain will be checked and controlled, others going into Ireland and other parts of the EU will not.

This sea border gives Larne Harbour a new purpose as a border control post, a further show of the innovation and modernization of the premier port.

The port at Larne Harbour has certainly come a long way since its founding so many years ago. The port’s operators have taken full advantage of advancements in shipping technology throughout the years, securing Larne’s future as one of the most advanced port cities in all of Northern Ireland.

Whether you’d like to explore the countryside, learn about the history of this gorgeous coastal community, or simply take a short yet luxurious ferry ride to neighboring Scotland, you’re sure to have a fantastic time visiting Larne’s historic harbour! 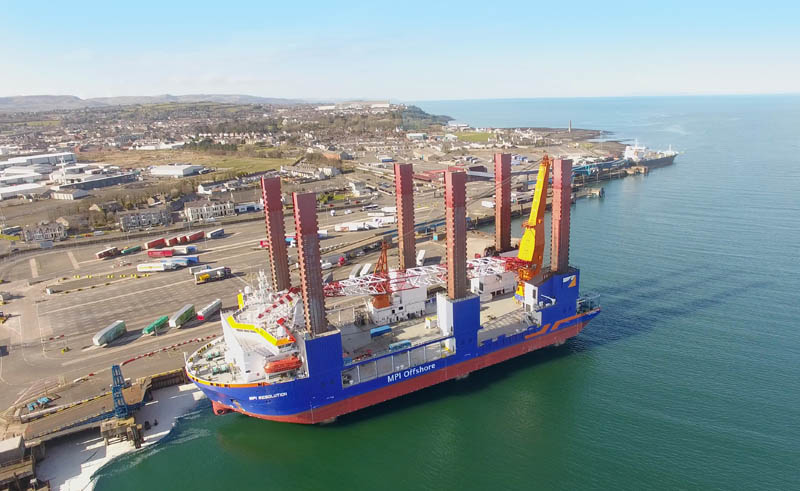 Are you visiting LarneNorthern Ireland?
Northern Ireland on Tripadvisor Here
Looking for a tour guide? Shutter speed Ireland can reccommend local guide Milliken Tours Ireland
A professional, family run tour group who will go that extra yard to make your visit to our country fun filled and memorable.
Contact Here