The Game of Thrones Filming Locations in Northern Ireland 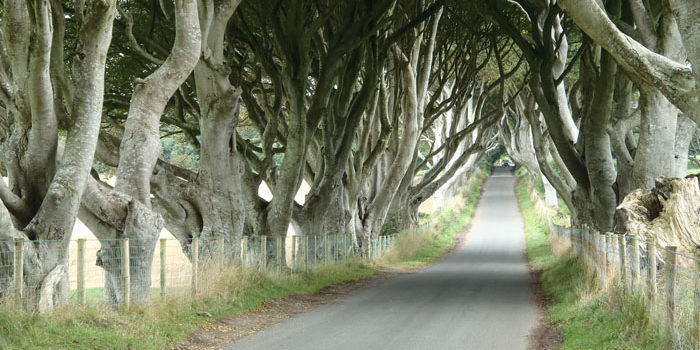 The Game of Thrones Filming Locations in Northern Ireland

Game of Thrones is one of the most popular and successful fantasy TV series ever made.
First airing on TV in 2010, GOT was taken from George Martin’s book series ‘A
Song of Ice and Fire’.

The story follows the families of power in the Seven Kingdoms of Westeros who want to rule on the Iron Throne. It is now excepted that The Game of Thrones is without doubt a TV series of the generation, HBO estimates that countless millions people worldwide switched on to the final of season, so it’s safe to say the series is a household name.

The picturesque coastlines, historic castles and breath-stealing scenery is the perfect setting for this epic storyline. All of these locations are within easy reach of Belfast.

Here is a list of N.I.’s filming locations for Game of Thrones. Sites in County Down, Fermanagh, Antrim and Derry / Londonderry were used as backdrops in the series.

When Aryas deception is discovered, she is brought to the Brotherhood without Banners who are at Pollnagollum Cave in County Fermanagh. 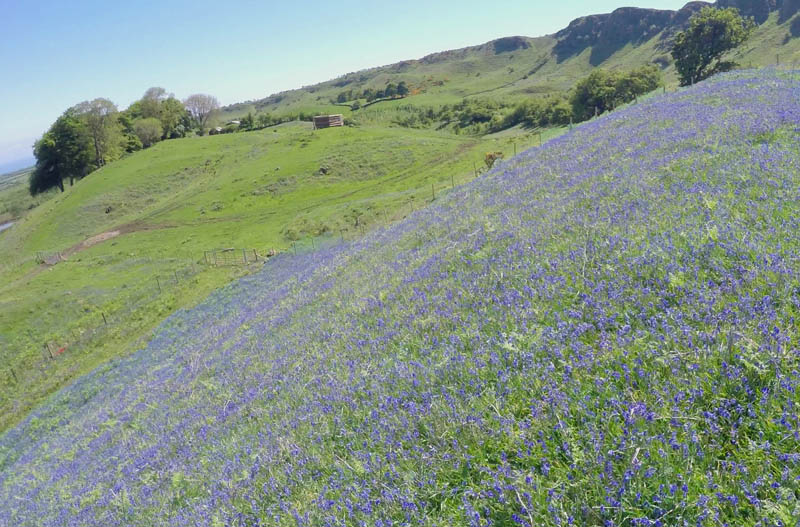 The Sallagh Brae is just south of the Glens of Antrim and is an Area of Outstanding Natural Beauty offering dramatic scenery. Close to the village of Ballygally, Sallagh Brae can be accessed by following the Ulster Way footpath. Visitors can recognise the landscape from Game of Thrones Episode 7 Season 6. ‘The Broken Man’ when Sandor Clegane, the Hound, survived after being left to die by Arya Stark now lives a peaceful existence with a band of villagers in the Riverlands. 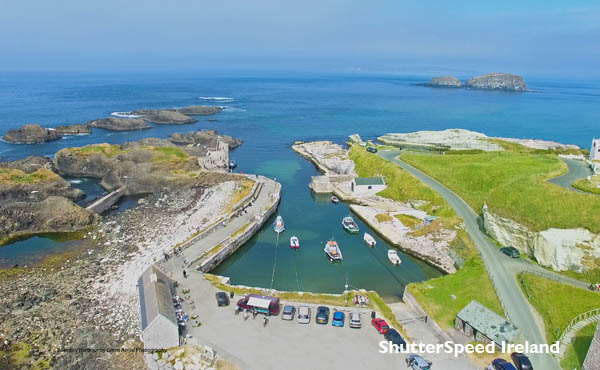 This small town has been used as the ‘Free Cities’ where Varys was born and is the most northerly point of the Antrim and Glens coastline, an area of outstanding natural beauty. This unique harbour village was used as the filming location for the ‘Iron Island’ port, when Theon arrives to seek an alliance with Balon. Shillanavogy Valley, Co. Antrim was used as filming locations in GOT as Dothraki grasslands. 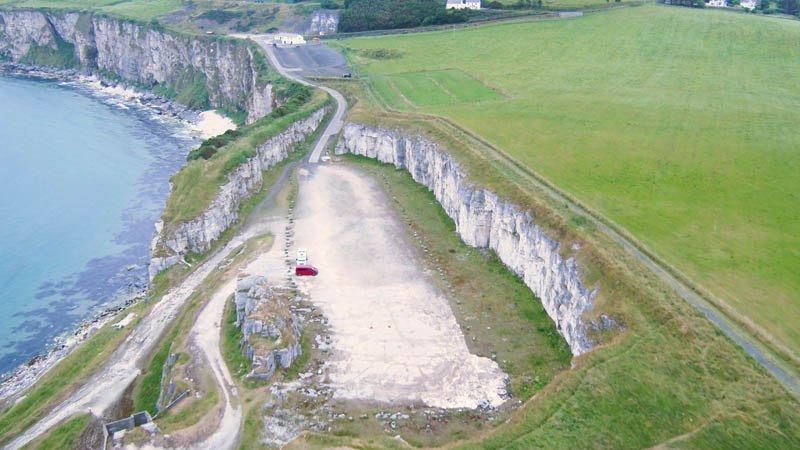 Larrybane bay lays on the North Antrim Coast, defended by Sheep Island and a shallow reef, it is one of the most scenic locations along the Causeway Coast. From the high cliffs of Larrybane this outstanding coastline can be viewed including the world famous Carrick-a-Rede Rope Bridge.
The episode filimed here is where Brienne of Tarth fought Loras Tyrell in the presence of King Renly. This ancient chalk quarry at ‘Larrybane’, is now the overflow car park for Carrick-a-rede Rope Bridge and owned by the National Trust. 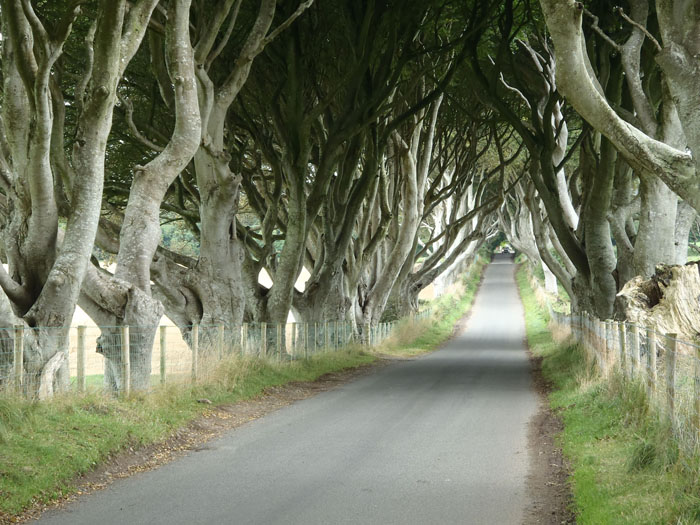 Ireland, where crumbling castles and ancient landscapes become essential ‘Seven Kingdoms’ filming locations in Game of Thrones®.
The sun was surely shining on HBO’s location scouts when they discovered the mystical ‘Dark Hedges’. A bewitching promenade of serpentine beech trees near Armoy, County Antrim.
This intriguing natural sight was used as the Drive along the King’s Road which led Ned Stark to
his death and Arya Stark away from King’s Landing. This is where Arya disguises herself as a boy
to avoid capture. It is probably one of the most photographed landmarks on the Game of
Thrones Map. 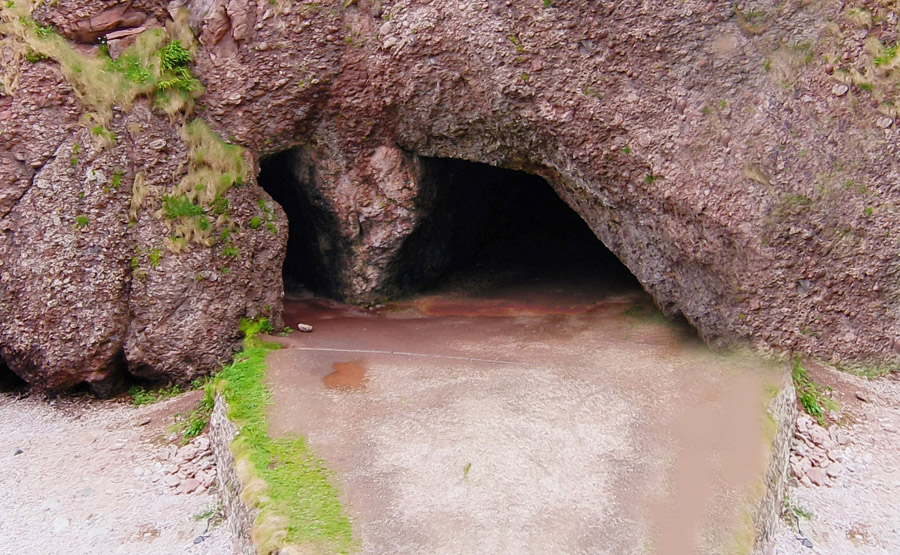 These Caves are believed to be formed around 400 million years ago. These awsome caves in Cushendun are yet another GOT filming location in Northern Ireland. The caves are where Melisandre gave birth to her ‘shadow baby’ in the film this is known as, ‘Stormlands’.

The Castles Waterways and Beaches

This panoramic setting was used for filming two episodes the jousting tournaments where Gregor Clegane beheads a horse. 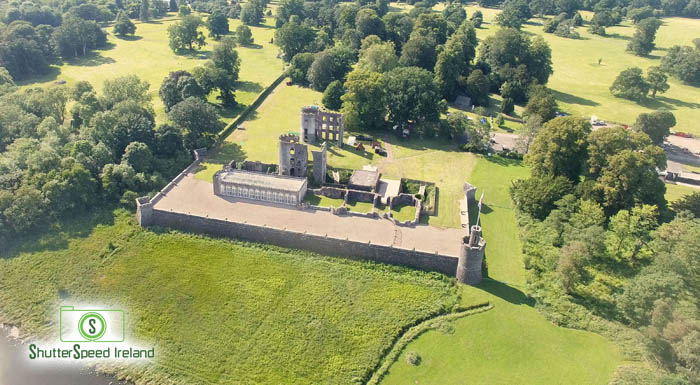 N.I. has one main freshwater lake named Lough Neagh. This is where Jorah takes Tyrion captive in the ‘Summer Sea’ and sets sail in search of his queen Daenerys. Just one episode was filmed here.

Nested into the Co. Antrim coastline is Murlough Bay, better known in the ‘Seven Kingdoms’ as Slaver’s Bay.

Slaver’s Bay is where Tyrion and Ser Jorah are discovered by a slave ship and eventually captured. This is also where brother-sister Yara and Theon shared a horse ride home
to the Castle in another episode in a later series.

This is the location named in the show as Braavos, where the Waif from the Faceless men attempts to kill Arya. The steps (now known locally as ‘Arya’s Steps’) are where an injured Arya drags herself ashore. 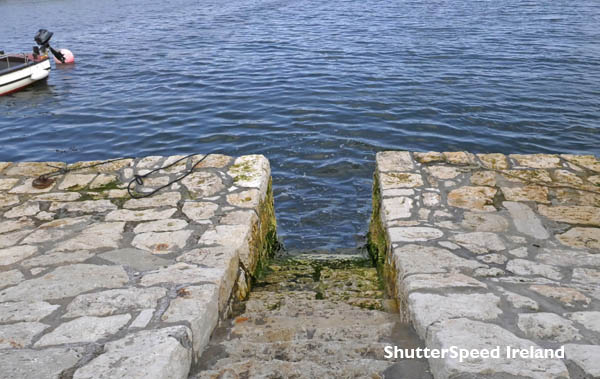 In the series, this beautiful valley known as Knockdhu, was used to film Littlefinger takeing Sansa to Moat Caitlin to arrange an alliance with the Boltons.
The Magnificent Castle on top of the plateau was computer generated. So in real life its not there. But with a little imagination, anything is possible.
It was also used in the first episode of the first series where Ned Stark beheads a deserter from The Night’s Watch. 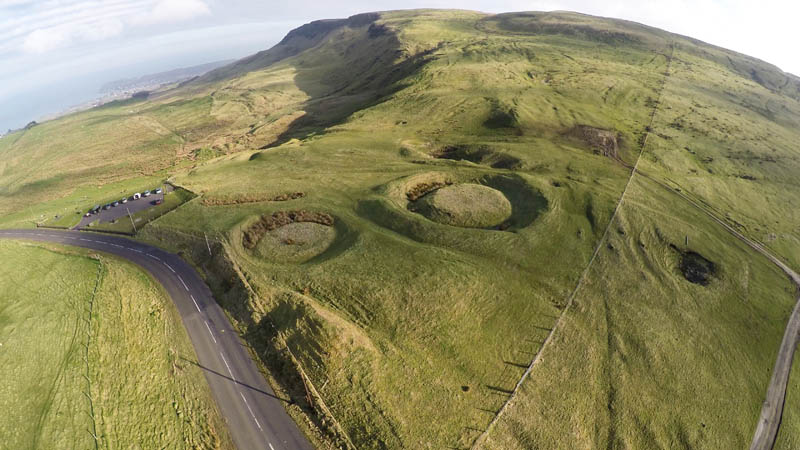 The soft sanded beach at Downhill was used in GOT, the sinister’ Milisandre’ burned the old gods
on the Downhill Strand. In the series Downhill Strand was renamed, ‘Dragon stone’. 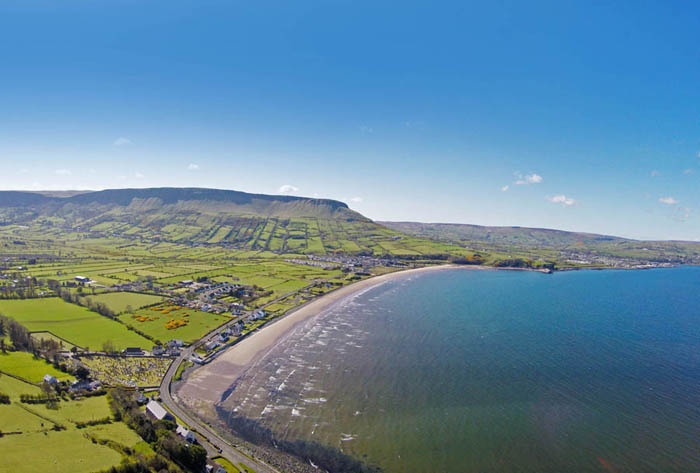 This wonderful landscape was used in the series. Surrounded by beauty with valleys and waterfalls was the perfect filming location where Robin Aryn attempts a fight, while Littlefinger and Sansa Stark look on. 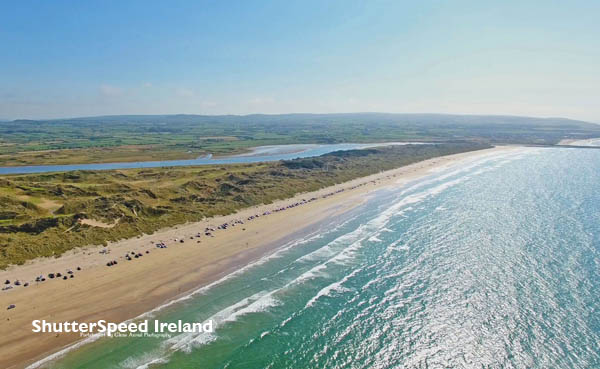 ‘Jaime’ and ‘Bronn’ camouflaged as Martel soldiers fought ‘Donish’ on the approach to the gates to the water garden. This memorable scene was filmed in this location.

At this location ‘the Starks’ asked for meeting with the dangerous ‘Freys’ to be allowed to cross the ‘Green Fork’. The actual old castle remains was dramatically changed with the assistance of CGI into ‘The Twins’ 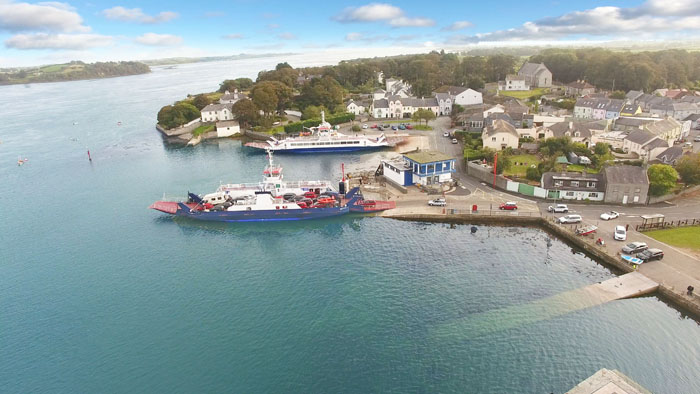 ‘Winterfell’ is where the Game of thrones story really begins’ The 820 acres of the walled demesne of Castle Ward in Co. Down provided an excellent location for ‘Stark House’ the most memorable of locations in the entire Got series.

Castleward in Co.Down and the grounds around it became ‘Winterfell’, such a central point in the game of thrones epic story. The the ancient 16th century castle ruins became a stark House, this was before the ‘Bolton’ siege. A short distance away from from Winterfell and its courtyard is ‘Audrey’s Field’ close to the lough shore. This is where ‘Jaime’ was captured and later released.
The great Throne room and the Sept of Baelor were another figment of imagination in the CGI production department. Nevertheless, infamy was never far from Winterfell. 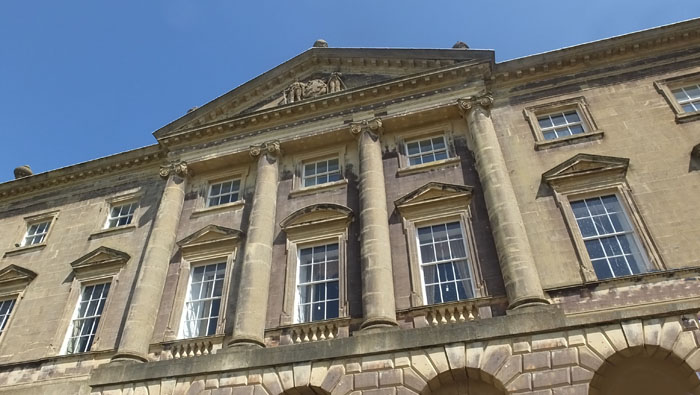 Tollymore Forest Park, in Co. Down was the setting for the ‘Hunted Forest’ it was at this location that ‘Sansa and Little Finger’ departed to the ‘Eyrie’ and ‘Jorah and ‘Tyrion’ set sail on the summer sea together. ‘Jaime and Bronn’ arrived at this point on ‘Dome’
Among the 600 hectares of Tollymore Park where the ancient redwoods grow, ‘Ramsey’, the bastard of ‘Bolton’, hunted ‘Theon’ and “stark’ and discovered the dire wolves.

Featured as Winterfell, this National Trust property had sheds and barns remodelled to take on a
Game of Thrones look and the farmyard was transformed.

This medieval building was used as the set for the Riverlands scenes, where Robb Stark’s army wait at the Trident to cross.

Audley’s Field and Castle, Co. Down

Also in Co. Down not too far from Castle Ward is Audley’s Field. This is the scene where Jaime
was captured, and soon after released again. 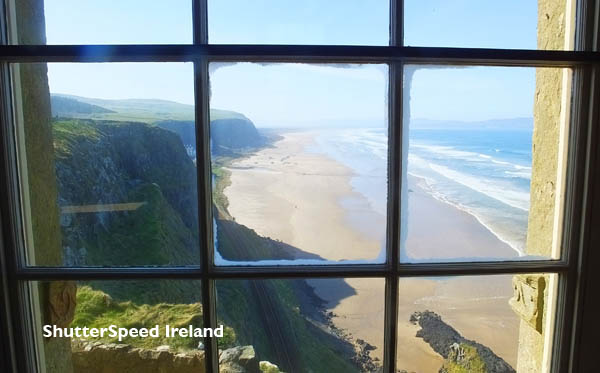 On the Antrim plateau, Binevenagh boasts wide panoramic views. The location was chosen for the Dothraki Sea far above the city of Meereen, where Daenerys is rescued by her dragon Drogon and brought to his lair.

CASTLES OF THE SEVEN KINGDOMS

Some of the information sourced in this blog has come from-

www.visitbelfast.com
www.ireland.com
Many thanks to also to Stevie Haughey from ‘Ireland Before You Die’ www.irelandbeforeyoudie.com 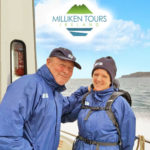